Name To Use Today: Boaty McBoatface.

First of all, it not being my intention to mislead anyone, please look at the date of this post.

The Natural Environment Research Council (NERC) has asked the public for suggestions for naming its new state-of-the-art £200 million, 15,000 tonne, 128m research vessel, to be launched in 2019.

The new ship will replace RSS Ernest Shackleton and RSS James Clark, and NERC, who are looking for another inspirational name, had expected only marine-research fans to become involved in the naming process.

Instead the competition has caught the imagination of the British public.

Naturally some undignified and mischievous names have been put forward: It's bloody cold here, Ice Ice Baby and Notthetitanic, for instance, but easily overtaking these in front place with over 27 000 votes is Boaty McBoatface. 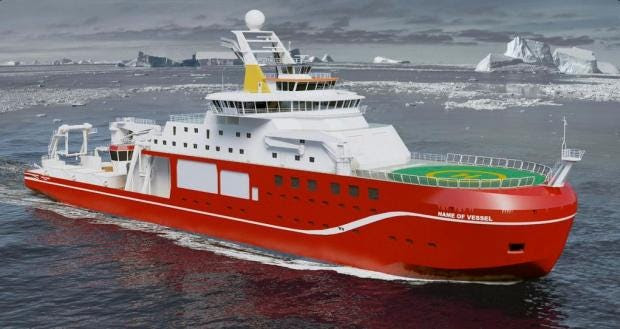 Now, I hope you've been keeping the date of this post in mind, because this post is of course an April Fool.

No, really, it was: because every word of the story of NERC and Boaty McBoatface is absolutely and completely...

Name To Use Today: Boaty McBoatface. This name was made up by James Hand, a former BBC presenter, who is mortified at his light-hearted suggestion taking off and says he has apologised profusely to NERC. 'It's got legs of its own,' he said.

NERC claim to be delighted at all the publicity.

In second place in the poll is RSS Henry Worsley. Henry Worsley died in January attempting the first solo unsupported and unassisted crossing of the Antarctic.

Which would you choose?