Flooding the market: a rant.

Great Britain is a triangular island on the windy side of an ocean.

Well, when I say triangular, many people see it more as an old lady riding a pig: 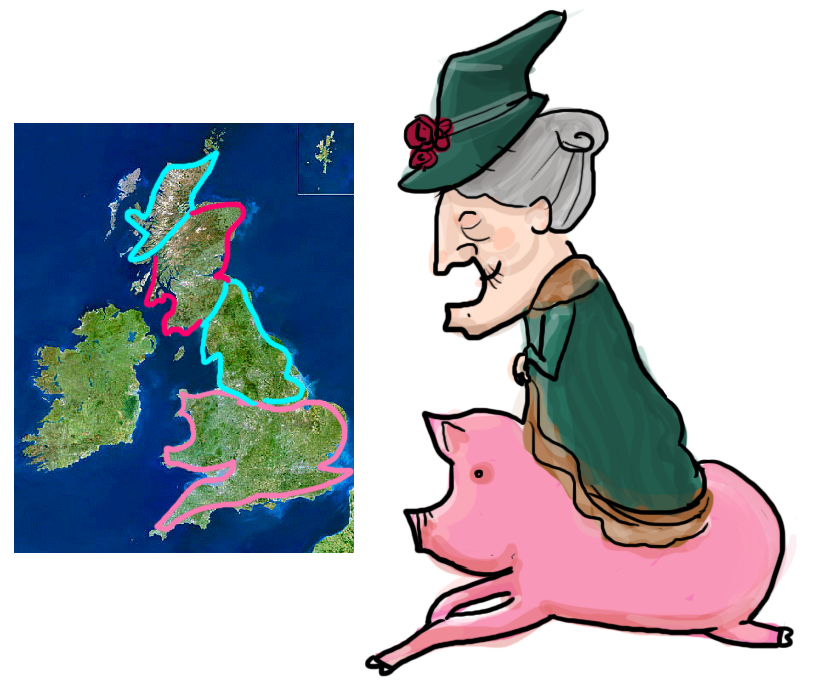 but you get the idea.

The island's shape, and the fact that it's quite hilly along the bits closest to the Atlantic Ocean, mean that the North and West of the island get deluged with great regularity, whereas the South East of the island at times only just escapes coming under the official definition of desert.

This means that South East is often rather short of the water which the North West has by the reservoir load.

But now the authority in charge of this sort of thing, the charmingly-named Ofwat, has a cunning plan. You'd think it involved pipes, but no: they plan, according to a report in The Telegraph online newspaper of 15/03/2019, something much cheaper, quicker, and more radical.

Ofwat estimates [it says] that the industry could save almost £1bn by opening the floodgates on more trading between regions.

I think I'd better look out my wellies.

Word To Use Today: wellies. This word is short for wellington boots. The Duke of Wellington had his bootmaker make a plain close-fitting type of boot robust enough for riding and yet smart enough for informal evening occasions. 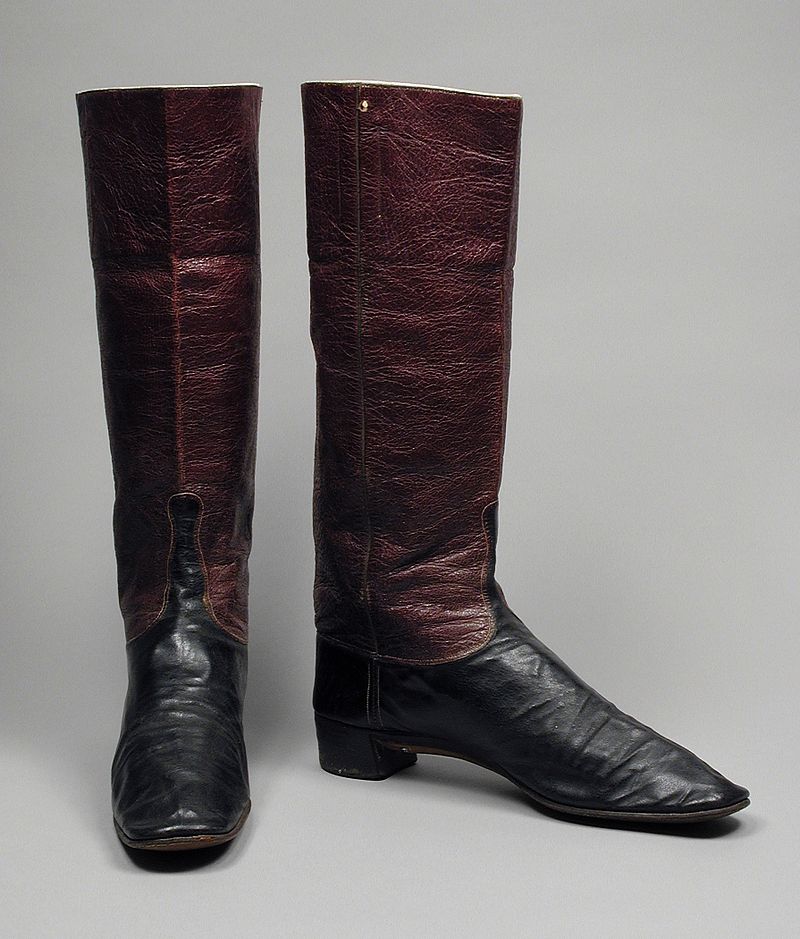 Yes, wellies used to be smart.

Men, especially aristocratic dandies, flocked to copy the duke's footwear, and wellies didn't really go downhill until some idiot invented a way of making them out of rubber, whereupon all the agricultural workers started wearing them.

Despite this there are still posh wellies. They're much the same as ordinary ones except for being about five times the price, and a dull shade of green.