Being a novelist means that I don't really have a boss.

That's good: there's no one to order me around, no one to tell me off, no one to come round every week with a pay packet...

It's not that much fun being an underling, but then it's not all roses being a boss, either. For instance, bosses can often be recognised because they have to wear more uncomfortable clothes than everyone else:

Even non-human bosses tend to look different. A boss bird may sport the widest scarf in all the flock: Photo of a Great Tit by Andreas Trepte

or a boss mammal the biggest horns: 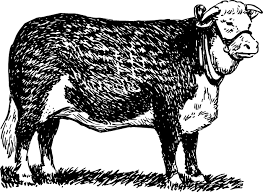 If you, like me, have no boss then you will still have a chance of spotting one. You find them on the ceilings of mediaeval buildings: and also in the middle of wheel hubs, or as part of a batholith: If all those alternatives fail you, then a boss is also a calf or a cow. This means that in a bovine family everyone will consider they've got a right to be known as the boss.

Many human families are pretty much the same.