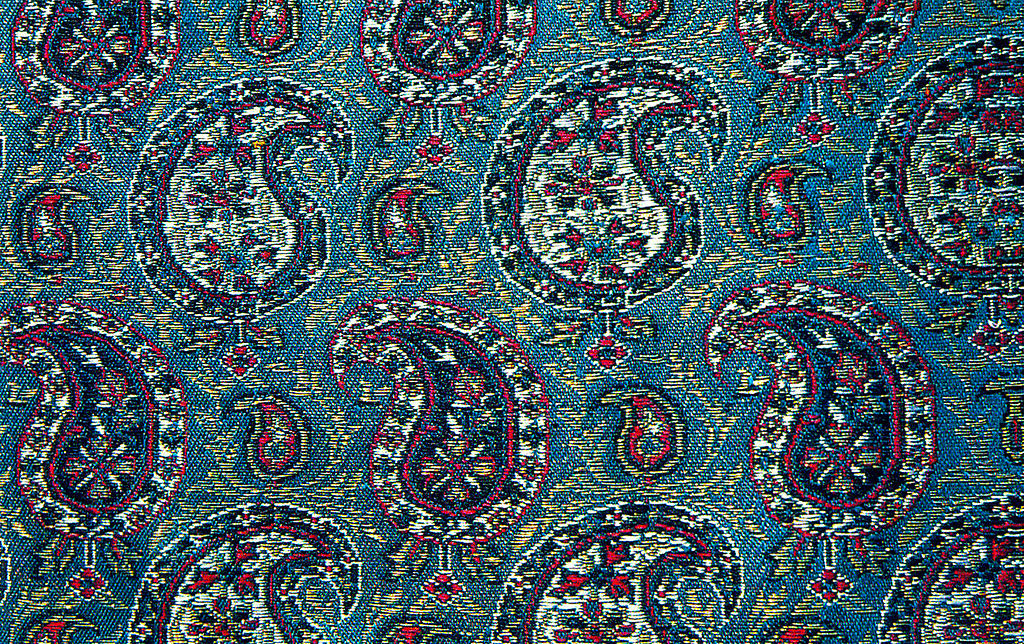 photo by Sialkgraph of a design by  Master Reza Vafa Kashani, 1939

A design that uses them is often referred to vaguely as paisley-pattern, and it's to be found on fabrics all over the place: 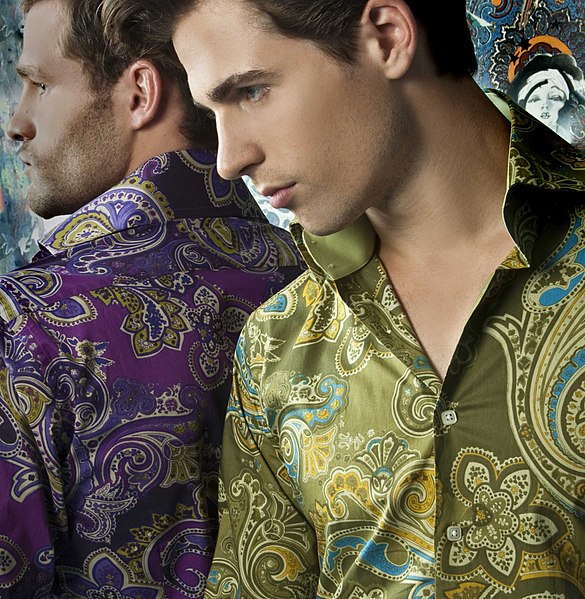 2009 fabric by Hawes and Curtis. Photo by XmgTunis

If you have a tie from the 1960s featuring them then it was probably inspired by the Beatles.

The shapes are thought to be partly inspired by sprays of flowers, and partly by a bending-down cypress tree, a Zoroastrian symbol representing strength and resistance but at the same time modesty.

Butas can be found on carpets, shawls, clothes: 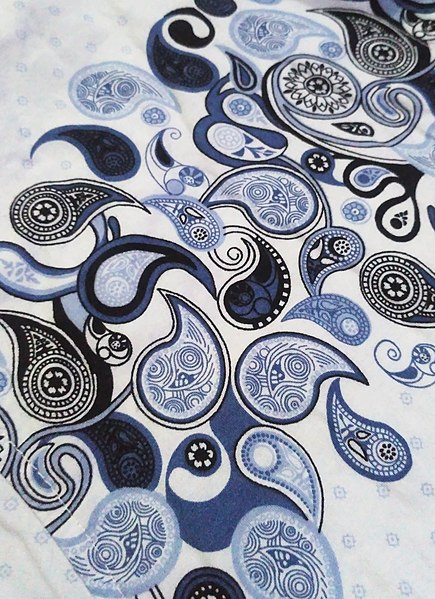 This is from another remarkable shirt. Photo by Gunarta

and on curtains, paintings and architecture. Azerbaijan even put them on the trousers of their 2010 Winter Olympic team.

In the Baltic States in the 1700s the buta was used to ward-off evil.

...though not if it involves anyone wearing one of those shirts.

Spot the Frippet: buta. This is a Persian word. It's called paisley pattern because a lot of buta-patterned fabric used to be made in the Scottish town of Paisley.