Word To Use Today: darcy.

All right-thinking people, when they see the word darcy, think immediately of Mr Fitzwilliam Darcy of Pemberley in Derbyshire. 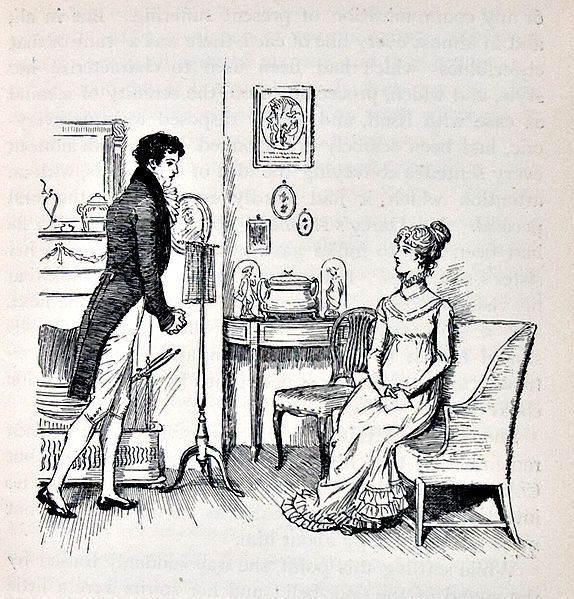 (He's nothing to do with this post, I'm just mentioning him because he's such a cheering person to think about, even though he was never the man for me. For one thing, I don't think he'd look kindly on my current jeans-and-a-jumper outfit (though I do probably play the piano as well as Elizabeth Bennett).

A darcy is a unit of the permeability coefficient of rock. Its symbol is D. A rock has a permeability of one darcy if it lets through one cubic centimetre of one-Poise-thick fluid in a pressure gradient of one atmosphere per centimetre acting across an area of one square centimetre.

Entertainingly, you can also have a millidarcy.

Presumably a millidarcy is a thousandth of a darcy; but I'm going to pretend that's the name of Elizabeth and Fitzwilliam's slightly scatty daughter.

Word To Use Today: darcy. The darcy unit is named after Henri-Philibert-Gaspard Darcy (1803-58). The Poise unit was named after Jean Léonard Marie Poiseuille.