Egrets (you say that EEgretts) are truly beautiful birds: 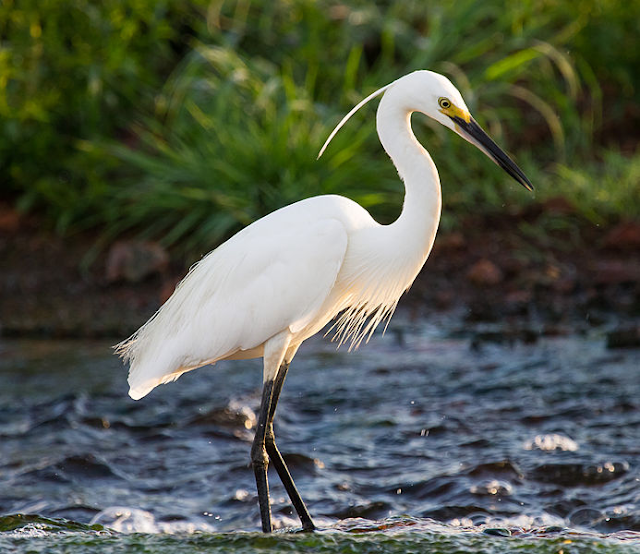 This Little Egret is in Australia. Photo by GDW.45

but a little while ago, spray-painted on a power-box beside the canal towpath, I saw a piece of graffiti which said:

Two weeks later, this is still bugging me. For one thing, I can't imagine what the writer was trying to say; and, for another, egret and regret don't scan.

Still, I don't suppose the purpose of graffiti is to make its viewers feel happier, calmer, or wiser, is it.

Sunday Rest: egret. (There's nothing wrong with this word, really, as long as you aren't trying to make it scan with regret.) The word egret comes from the Old French aigrette, from the Provençal aigron, which means heron. Before that it was a German kind of a word.