Sunday Rest: Word Not To Use Today: gaiter.

I don't know quite what it is, but there's something about the word gaiter that sounds arrogant and unfeeling. 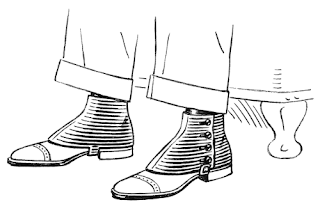 It's not that they were only worn by early twentieth century toffs, of course. They're worn by rugged outdoorsmen, too. 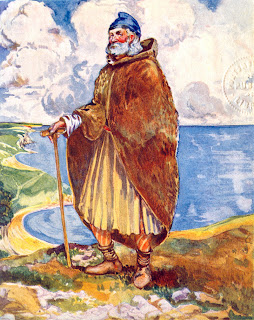 (This picture is by Dion Clayton Calthrop.)
No, it's the lurching sound of the word itself that bothers me. Gaiters are suppposed to make walking easier, and they always sound as if they're making people hobble.
So I vote we all abandon the word gaiter and use the splendid word  spatterdash instead.
Word Not To Use Today: gaiter. Very oddly indeed, this word has nothing to do with the word gait, but is from the French guêtre. Guêtre probably comes from some Germanic word, but no one's quite sure what it is; though, even more oddly, people are pretty sure it's related to the word wrist.
Posted by Sally Prue at 00:01