There's a large electronic noticeboard on the main road into town. It's one where the letters are made out of dots, rather like the ones on motorways: 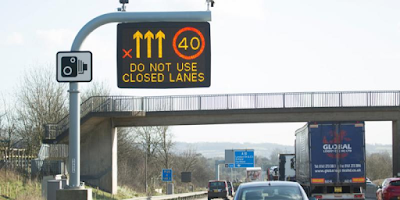 but this one said:

over book vaccines given

(I think it probably referred to my home county of Hertfordshire in England.)

over book vaccines given  ?

What did this mean? Had there been some unfortunate mix-up somewhere?

It wasn't until I'd been round the next roundabout that I realised that instead of the book, I should have read 600K.

Abbreviation To Use Today: k. In the SI system of units, kilo- denotes a thousand (as in kilogram, which is aa thousand grams) and sometimes k is used in a number instead of writing 000. 600 000 = 600K. Kilo- comes from the Greek khilioi, a thousand.