When my husband finished spotting all the butterflies round here he began to look for something else to study (because, as he now says with a certain degree of happy contempt, a butterfly is just a moth that's afraid of the dark).

Of course there are wonders everywhere, and among them are hemelytra, which you will find on bugs (that's true bugs I'm talking about, not just any random unidentified tiny animal). The hemelytron is the thing's forewing. You'll find the joined-on end of the wing is thickened like the brightly-coloured forewing of a ladybird (that's the same as a ladybug in some parts of the world) but the free end is thin and membranous like a bee's wing.

Here are a pair of hemelytra: 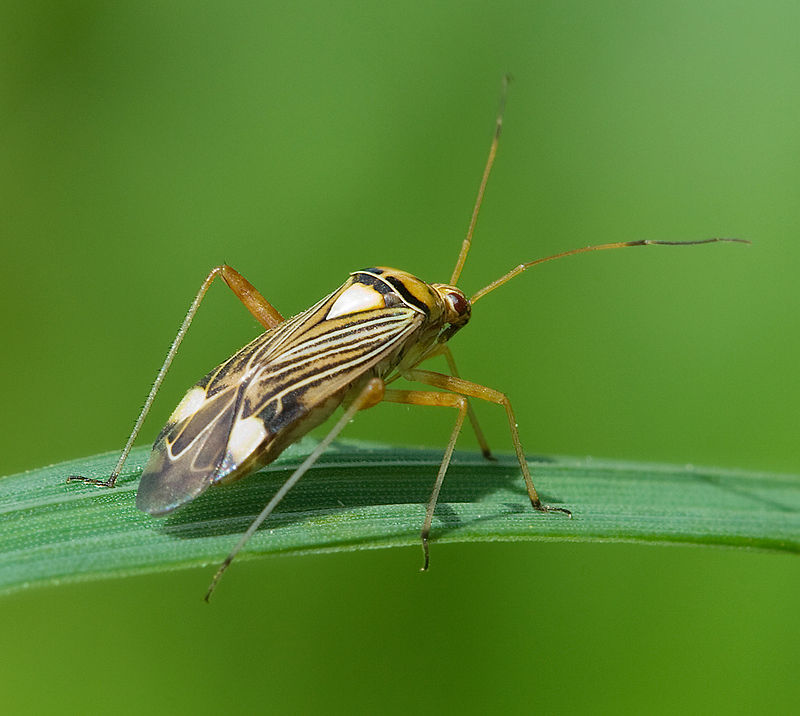 And what a world, where even a bug is designed as well as that.

Spot the Frippet: hemelytron. This word comes from the Latin hemielytron, from hemi- which means half, plus the Greek word elutron, which means a covering.

By the way, a ladybird or beetle's forewing (the coloured bit you can see when it is at rest) is an elytron, because the whole forewing is stiffened, not just half of it (so it's hemelyton without the hemi-, see?).

As that is the case, I think it's arguable that you can chalk yourself up four hemelytra if you see a ladybird...well, you can as you're not fussy and long as no one's looking, anyway.