Word To Use Today: feint.

Which one will you need first?

Will you be trying to distract an enemy by pretending to attack from one direction, whereas your main force is really going to come from somewhere else entirely? (You can feint in retreat, too, by pretending to run away and then turning round and fighting again on ground where you're at less of a disadvantage. This is how The Battle of Hastings was won.)

Is your feint a ghost or goblin? 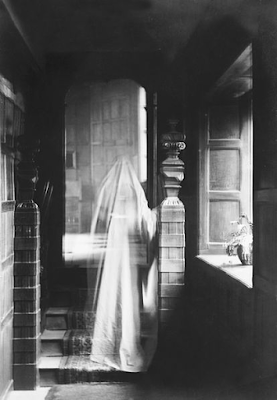 Is your feint the narrow lines drawn on paper to keep your writing straight?

Or is it the left-overs from distilling Scotch malt whisky? (As far as I understand it, which is not very far at all, the feints are the end dribbles of the second distillation of the whisky, and what you do with them is to put them back in with the low wine, which is the product of the first distillation, and distill it all again. But I may have misunderstood the whole thing entirely.)

Still, let's face it, you can have a good time with any of these feints.

(Actually, not sure about the goblin.)

Word To Use Today: feint. The fighting word comes from the Old French feint, pretended, and is basically the same word as our feign. The ruled lines word is the same as our word faint, which also comes from Old French, from faindre, to be idle. The whisky word is a form of faint in its old meaning of skulking. The ghost/goblin word no one is sure about, but it might be just because they are quite hard to see, and faint in that sense.