If you spotted a mortar board last week with actual mortar on it then you have also spotted a hawk: Yes, hawk is the technical name for that kind of a mortar board. (The academic-hat kind of mortar board cannot be called a hawk. An academic with a hawk on his head is either conducting some extremely strange research, or is, sadly, more than eccentric.)

What else is a hawk? It depends upon where you are. In Britain it's a bird of prey of the family Accipitridae: 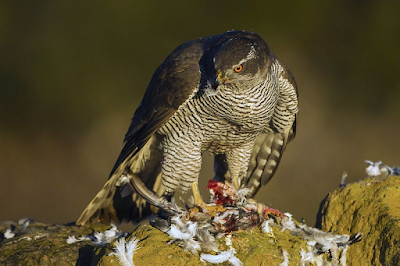 Northern Goshawk. Photo by Francesco Veronesi
These are the birds of prey which aren't owls, eagles, vultures or falcons (falcons tend to have longer, narrower wings). In North America, however, falcons are regarded as types of hawk.

Hamlet is famous for boasting about being able to tell a hawk from a handsaw, even though on the face of it that sounds quite easy. Now, I'm not saying that Hamlet wasn't nuts, all is not as it appears. His hawk was a bird - but then so was his handsaw. The most likely thing is that some idiot printer misread the word heronshaw (or perhaps Shakespeare's writing was awful), a bird which nowadays we just tend to call a heron.

Then we have hawk moths: 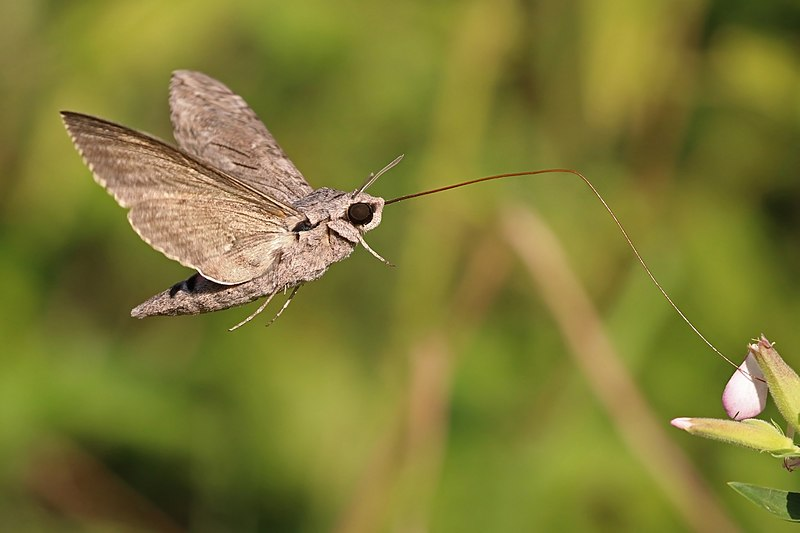 which are large and fly like helicopters (and, more relevantly to their name, can hover like kestrels (which aren't strictly speaking hawks, but hey...)) and we also have hawk owls: 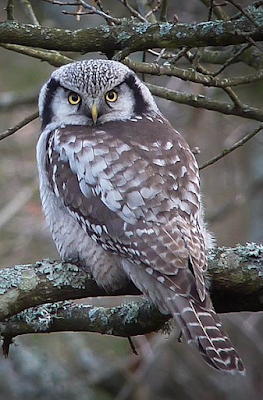 which are exra big and extra scary.

And, lastly, of course there are hawk eyes. Always handy, especially when trying to Spot a Frippet.

Spot the Frippet: hawk. The Old English form of the word hawk was hafoc. No one knows why the mortar board is called a hawk.