Well, this should be easy, but I thought we'd better spot garages while we can, before they go obsolete.

The domestic kind of garages are being converted to other purposes at a tremendous rate, partly because mostly they're too small to get a car inside (and, if they are big enough, they're not big enough to let you get out of the car once it is. Unless you fit through the sun roof) and the buying-petrol sort of garage will soon not have any customers needing petrol, which is bound to put a bit of a dampener on the business model. 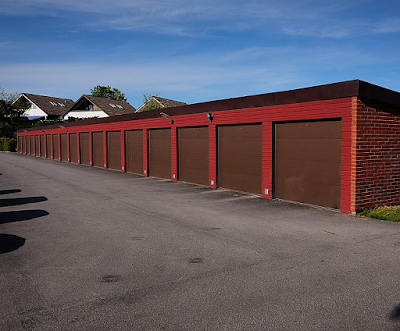 Or perhaps we'll decide not to bother to go anywhere, and just to send a text message. Who knows?

Still, I suppose even electric cars will break down, so mending-cars garages should survive. The fleet of ancient fossil fuel cars that people will hold onto as long as possible will certainly need lots of servicing.

I've hardly ever never seen an architecturally magnificent garage - or even a very well-built one, come to that. The buildings seem nearly as transitory as the vehicles they supply. 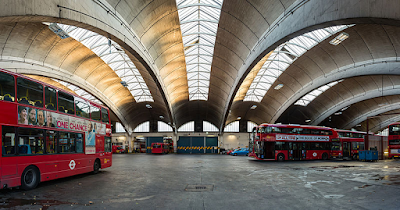 photo by David Eliff
https://commons.wikimedia.org/wiki/File:Stockwell_Bus_Garage_1,_London,_UK_-_Diliff.jpg
Still, today is a day to appreciate them while they're still there.

Spot the Frippet: garage. Extra points for spotting a domestic garage with a car in it. The word garage is French. You can pronounce this word GARRidge or GARahj, but it's best not to be too French about it (gaRRAHje) if you're speaking English because it'll make you look a snob and an idiot (but of course it's fine if you're speaking French). The word comes from the French garer, to dock a ship, the Old French meaning of which is to protect. Before that it came from the Old High German warōn.

Garage music has been defined by Wikipedia thus: a genre of electronic dance music which originated in England in the early to mid-1990s. The genre was most clearly inspired by garage house, but also incorporates elements from R&B, jungle, and dance-pop. It is defined by percussive, shuffled rhythms with syncopated hi-hats, cymbals and snares, and may include either 4/4 house kick patterns or more irregular "2.step" rhythms. Garage tracks also commonly feature 'chopped up' and time-stretched or pitch-shifted vocal samples complementing the underlying rhythmic structure at a tempo usually around 130 BPM.

A garage sale is a cheap opportunity for a person's neighbours to despise his, her or their (other pronouns are available) taste.