Well, you've got ten nails on your fingers, for a start. But why are they called nails?

Is it just that they both get hit with hammers?

There doesn't seem to be much connection between a fingernail or a toenail and the kind of metal nail that's used to hold bits of wood together, or to hang up pictures (hint: it's usually better to use a screw).

The oldest meaning of nail is actually the fingernail one, and the link between the two kinds of nail seems to be an animal's claw.

It all begins to make sense, then.

Why not see if you can find an iron nail. They're not as common as they used to be as so many things are made of plastic, or stapled together. Shoes don't usually have nails any more, though some do: 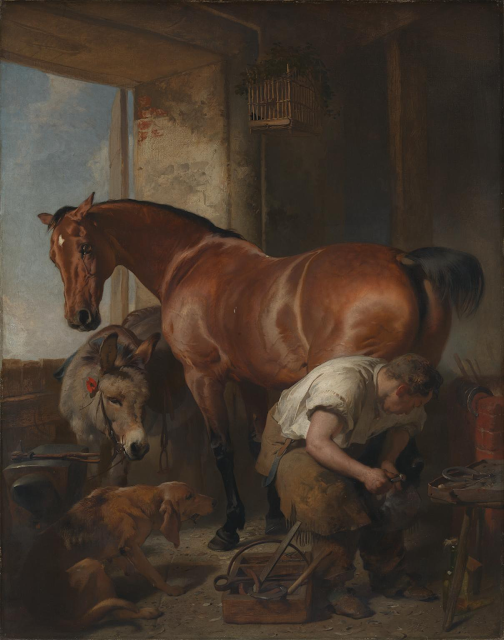 painting by Edwin Landseer
and the rafters of your roof are probably nailed together: 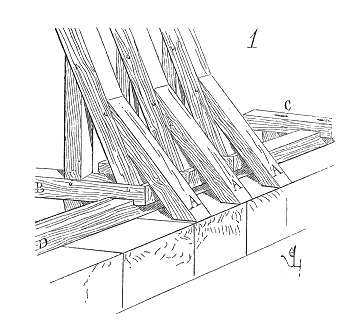 And there are bound to be a hundred nails in that cobwebby jam jar in the shed.

My nearest metal nails are holding on the handles of my grandmother's bureau.

Spot the Frippet: nail. This word was nægel in Old English. It's basically a German word, but it shares an ancient root with the Latin Latin unguis and the Greek onux.