Word To Use Today: posset.

My Collins dictionary says that a posset is a drink of milk curdled with ale or beer, etc, flavoured with spices, and used as a remedy for colds.

It sounds quite revolting, and if you were poor and your posset was indeed made with ale (or, as some were, thickened with bread), it probably was. But if you were rich, and your posset was made with sack (a drink like sherry) and put together so it consisted of a foamy top, a spicy custard made of egg yolks, and at the bottom a layer of some potent alcoholic drink (the top layers eaten with a spoon, the last sipped through the spout of your posset pot): 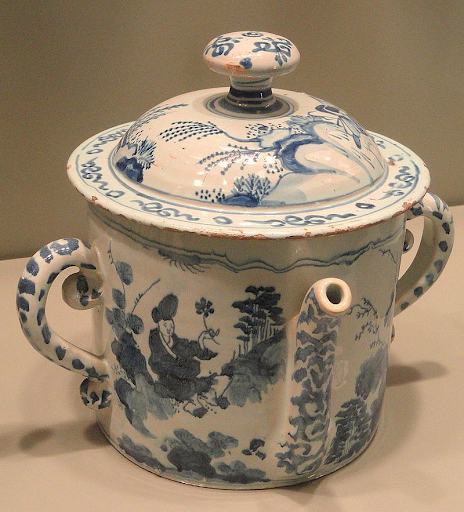 then you probably felt much cosseted by your posset.

Nowadays, though, this lovely word has come to mean something rather different: 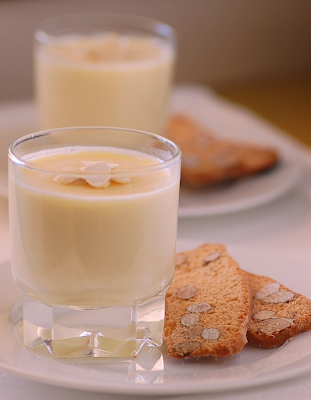 photo by jules
A modern posset only really has two ingredients - cream and sugar - but they're usually flavoured with something, and that is usually an acidic fruit (most often lemons) and/or something boozy.
RECIPE:

Take 600ml of double cream, 200g of caster sugar and the zest of three lemons, plus 75ml of the juice. Heat the sugar and cream in a saucepan, stirring, until the sugar has melted. Bring to a simmer and bubble gently for a minute. Take off the heat and stir in the lemon zest and juice. Divide between pots, cover, cool, and then refrigerate for at least three hours.

I don't know if it cures colds, but it has to be worth a try.

Word To Use Today: posset. This word has been around since the 1400s, when it was spelled poshoote but no one really knows from where it came before that.