A nave is the main central part of a basically rectangular church - the bit between the west end (which is the opposite end to the main altar) and the bit near the altar, the chancel, where people sit sideways so that everyone can hear them singing. 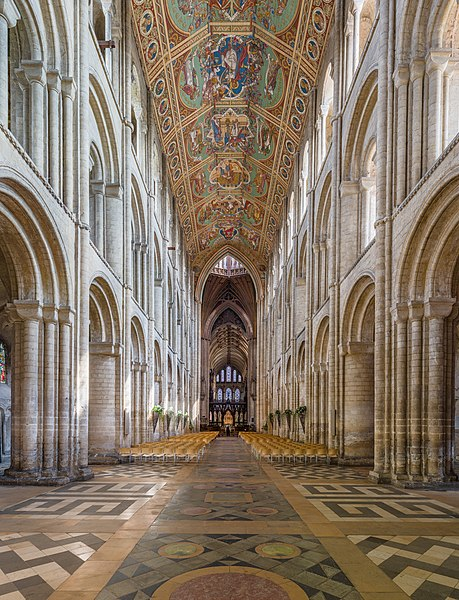 Ely Cathedral nave (in this case the chancel is behind a screen)
Photo by DAVID ILIFF. License: CC BY-SA 3.0
On either sides of the nave there are often side-areas, which often focus on smaller altars. These areas are called aisles, which is confusing because the passageway between the rows of seats of pews in the nave is called an aisle, too. Well, it is if a bride is walking up it.

The other kind of nave is much smaller and moves about a lot, but is still easier to see because this kind of a nave is the hub of a wheel. 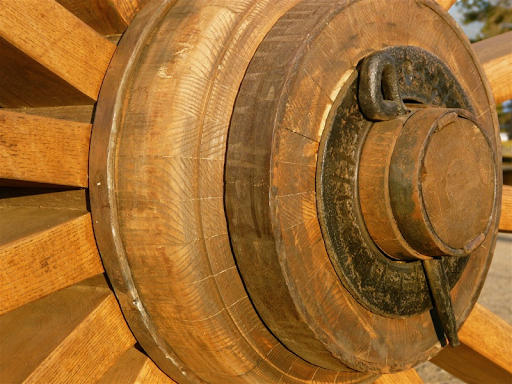 But is there a connection between naves and the navy? Are naves naval?

Well, yes and no.

Spot the Frippet: nave. The wheel word comes from the Old English nafu or nafa. It has nothing to do with ships, but might have something to do with navels, being similarly central (the Old English for navel is nafela). The church-word comes from the Latin nāvis, a ship. This is probably because a nave is vaguely ship-shaped, though it might also be a reference to the ship of St Peter or Noah's ark.