Who first noticed and discussed the series of numbers known as Fibonacci numbers?

I'll give you a clue. He was Italian.

Yep, it was good old Leonardo...

Anyway, in 1202 Leonardo was thinking about rabbits. How many rabbits can be generated in a year from one breeding pair?

It's not quite as simple as it looks, because even rabbits take a while to come to breeding age. Now, Pisano decided to assume that each litter consisted of one male and one female. If you begin with one new-born pair, they will breed at one month old, and the first litter will appear after another month, and then there will be two pairs, that is, the original pair and their children. A month later the original pair will have another litter, but the children from the first litter have only just got to breeding age, so their first litter will take another month to appear.

The sequence of the number of pairs of rabbits as time goes on will go:

But how do you spot such a sequence in the real world?

As it happens, the relationship between these numbers underpins all sorts of things. The spiral pattern in the centre of a sunflower, for instance, is constructed along Fibonacci lines: not only will the total number of spirals in the pattern be a Fibonacci number, but the number of right-hand and left-hand spirals will be two consecutive Fibonacci numbers. You can see the same sort of pattern in pine cones:

The interiors of spiral shells increase in area of cross-section according to the Fibonacci series (I hope I've got that right). The same sort of spiral can be seen in the petals of an opening rose: 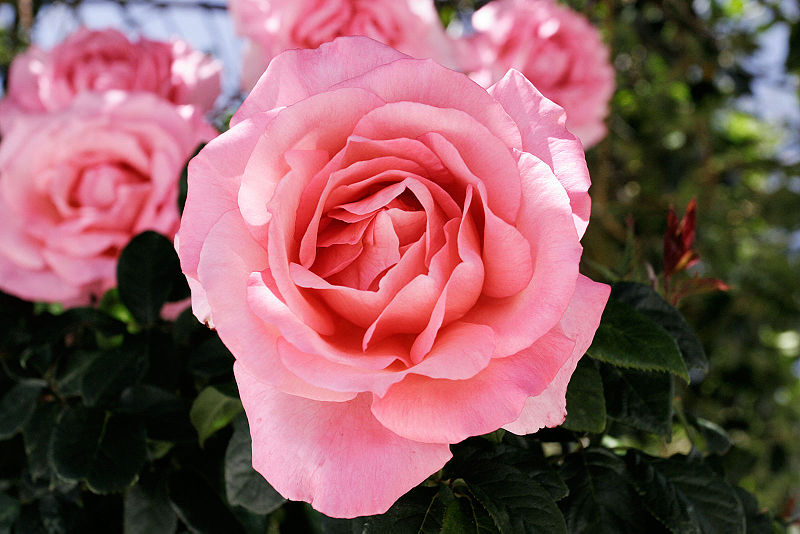 Even the veins of a leaf will often arrange themselves according to the Fibonacci series.


And just look in the mirror: why do you have one head, two eyes, three segments to your limbs, and five fingers? Is that a coincidence?

Mind you, he or she won't know, either.

Spot the Frippet: a Fibonacci pattern. The word Fibonacci means son of Bonacci, who was Leonardo Pisano's dad.


And then there are clouds. Those great swirling shapes? Yep. All about to rain down on some very beautiful flowers...

...and a rather odd number of rabbits.