How do you say Ogham?

I wish you hadn't asked that.

What is Ogham script?

That's a bit easier. It's an alphabet consisting of straight lines cutting across or into a vertical line, sometimes at right angles, and sometimes diagonally. Quite often the vertical line is a corner of an upright stone: 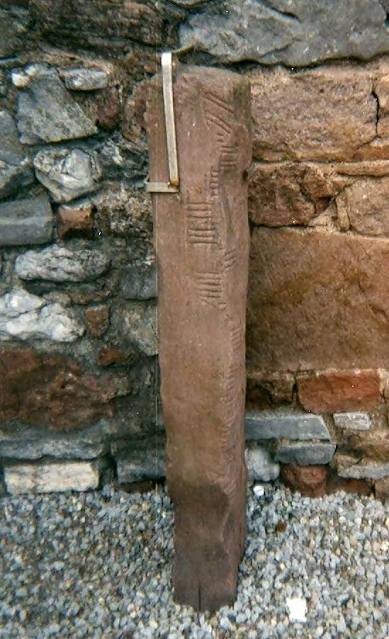 The script was used by Celtic people from about the fourth century onwards (perhaps earlier) and usually the inscriptions give a name, with the implication that the named person owned the land, or was perhaps buried under it. Most of the inscriptions are found in Ireland, but Wales and Scotland and England have examples, too.

Sometimes Ogham script is found on portable objects, too. Here's a modern alphabet: 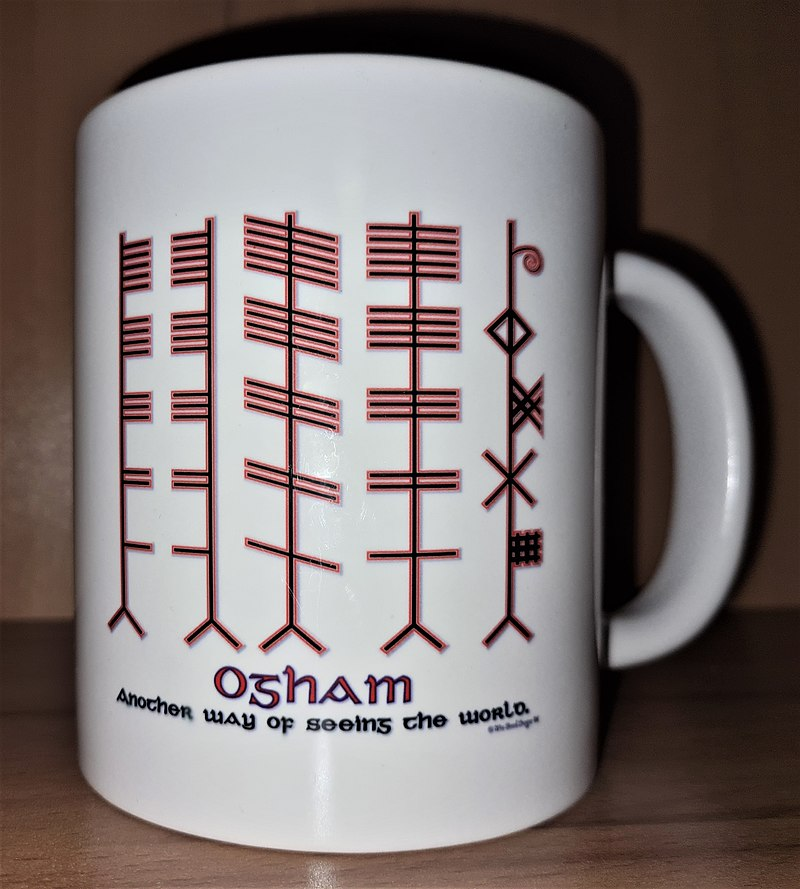 photo: Runologe
Ogham script was invented some time after the first Romans came to Britain, and the script is probably based on the Roman alphabet, perhaps as a cypher to stop the Romans reading it, or perhaps as a special writing for Christian texts. On the other hand, there's a story that it was invented after the unfortunate events at the Tower of Babel; and another story that it was invented by someone called Ogma to exclude fools.
Here's an alphabet which gives some idea of the sounds of the letters: 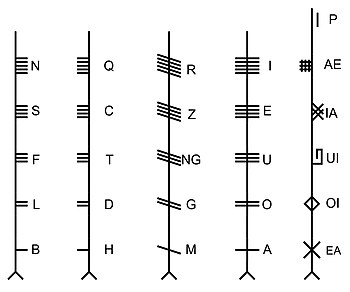 Nowadays Ogham script is sometimes used by modern pagans, and is cherished and studied by enthusiasts of Celtic culture.
Word To Use Today: Ogham, but probably not out loud because most people are going to claim you've pronounced it wrongly. This word's origin is disputed. It might be named after Ogma, or it might  be from the Irish og-úaim, point-seam, meaning the line made by a sharp weapon.